Dealcoholization system to dealcoholize all beers and fermented low-alcohol beverages in the same plant. Low temperature processing preserves the natural flavor of the beer and prevents the beer from deteriorating after the dealcoholization process. Get higher quality low-alcohol or no-alcohol beer, and a more energy-efficient production 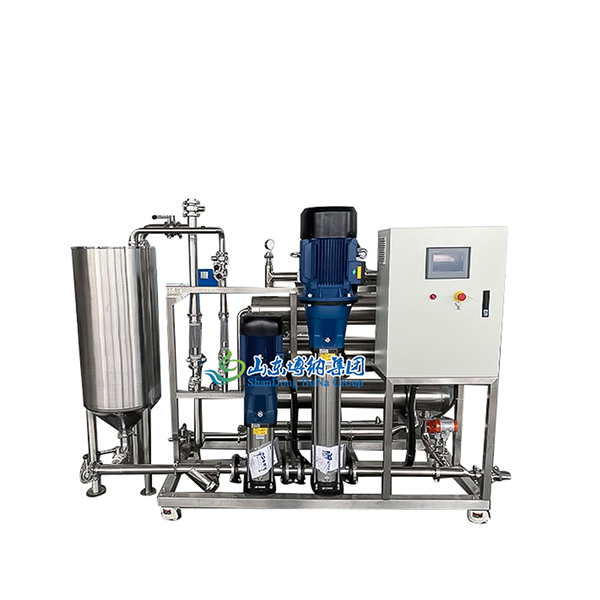 Each of these steps takes place at lower temperatures, resulting in a high-quality non-alcoholic beer whose flavour is unaffected by heating.

The original beer from the beer tank is pumped to the dealcoholization unit. Two feed pumps then bring its pressure up to 35 bar. At this point, the beer is introduced into the first loop, where a pump circulates it over the membranes. The retentate from the first loop continues to the second loop and is recirculated over the membranes in loop two.

The retentate from loop two returns to the beer tank via a pressure release valve. The permeate from all loops is collected and either led to a drain or stored for water flush in the next CIP cycle.

The beer in the membrane module is made to flow parallel to the membrane surface, which keeps the membranes clean (cross-flow). Due to the static pressure of 30-35 bar, small molecules such as water and alcohol are pressed through, whereas the larger molecules, such as proteins, flavour-and colour compounds are stopped. These compounds remain in the retentate. These are the basic principles behind how to brew non-alcoholic beer. 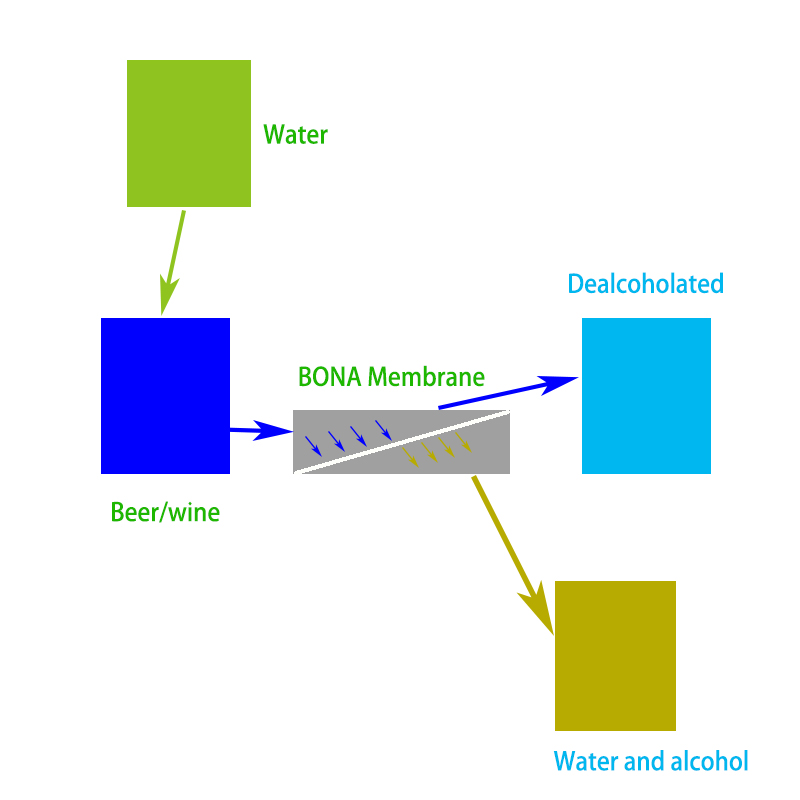 This step reduces the volume of the feed beer. After passing through the membrane modules, the feed beer is recirculated over the batch tank. The permeate is removed while the retentate goes back into the beer tank until the desired volume reduction has been achieved.

After diafiltration, the beer is adjusted further by adding deaerated water into the batch tank. This allows you to achieve the desired final alcohol and extract content for either a low-alcohol or non-alcoholic beer and to fine-tune the flavour. The amount of deaerated water added is normally the same as the amount of permeate in step one.

The dealcoholized beer can be given its special characteristics by adjusting CO2 levels, colour or flavour.